Ensemble 360 has gained an enviable reputation across the UK for the quality and integrity of their performances. Formed in 2005, eleven musicians of international standing came together to take up residency in South Yorkshire with Music in the Round, establishing a versatile group comprising five string players, five wind players and a pianist.

Their home performance space is Sheffield’s Crucible Studio Theatre, an intimate space in which the audience is seated “in the round” and never more than twenty feet away from the stage. It is from this wonderful performance space that both Ensemble 360 and Music in the Round take their names.

They play a key role in Sheffield Chamber Music Festival each year, as well as regularly performing as part our autumn and spring seasons in Sheffield, South Yorkshire and around the country. Outside Ensemble 360, the musicians all have highly successful individual careers. Some are members of orchestras, including the Philharmonia, Royal Scottish National Orchestra, Royal Northern Sinfonia, London Mozart Players, Camerata Bern and Manchester Camerata. Find out more. 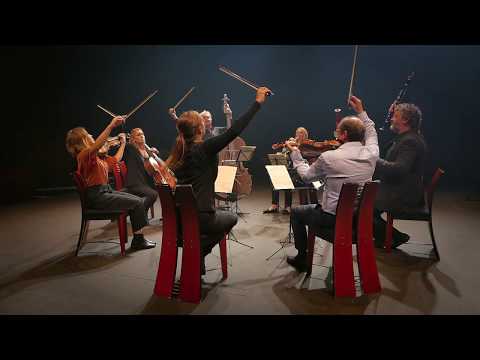 Ensemble 360's Concerts and Events with Music in the Round

MUSIC FOR PIANO AND WIND

Past Event – Find Out More

We use cookies on our website to give you the most relevant experience by remembering your preferences and repeat visits. By clicking “Accept All”, you consent to the use of ALL the cookies. However, you may visit "Cookie Settings" to provide a controlled consent. You can find out how we use and process your data by reading our Privacy Policy
Cookie SettingsAccept All
Manage consent

This website uses cookies to improve your experience while you navigate through the website. Out of these, the cookies that are categorized as necessary are stored on your browser as they are essential for the working of basic functionalities of the website. We also use third-party cookies that help us analyze and understand how you use this website. These cookies will be stored in your browser only with your consent. You also have the option to opt-out of these cookies. But opting out of some of these cookies may affect your browsing experience.
Necessary Always Enabled
Necessary cookies are absolutely essential for the website to function properly. These cookies ensure basic functionalities and security features of the website, anonymously.
Functional
Functional cookies help to perform certain functionalities like sharing the content of the website on social media platforms, collect feedbacks, and other third-party features.
Performance
Performance cookies are used to understand and analyze the key performance indexes of the website which helps in delivering a better user experience for the visitors.
Analytics
Analytical cookies are used to understand how visitors interact with the website. These cookies help provide information on metrics the number of visitors, bounce rate, traffic source, etc.
Advertisement
Advertisement cookies are used to provide visitors with relevant ads and marketing campaigns. These cookies track visitors across websites and collect information to provide customized ads.
Others
Other uncategorized cookies are those that are being analyzed and have not been classified into a category as yet.
SAVE & ACCEPT